Excellence. Determined. Zealous. Honest.  These are just a few words insurance companies, opposing attorneys and judges use to describe the lawyers at Swanson, Lathen, Prestwich, PC.  Travis Prestwich and Brian Lathen are nationally-recognized, personal injury lawyers who want to help you.

Get a Free Consultation

Protecting Individuals and Families Since 1958

We Get Results for Our Clients

While every case is important to us and gets our individual attention, here are some of the more notable monetary results.

Swanson, Lathen, Prestwich, PC only represents individuals and families in personal injury and wrongful death claims.  Below are some of the types of cases we handle.  Let us put our experience, work ethic and integrity to work for you.

We stand up to insurance companies to get your rightful compensation. View Practice Area

We hold reckless drivers accountable and don't back down. View Practice Area

We make sure your voice is never silenced after you or a loved one has been hit. View Practice Area

Medical bills from trucking accidents should never be your responsibility; let us help. View Practice Area

We fight for seniors' right to dignity and respect. View Practice Area

We validate your experience and go after your abuser. View Practice Area

Your loss can never be forgotten, but those responsible can be held liable. View Practice Area

We seek relief for the emotional and financial burden you now shoulder. View Practice Area

We don't back down from corporations whose negligence has hurt or killed innocent people. View Practice Area

”Brian Lathen did a fantastic job at getting me what I deserved in my settlement from a car accident that occurred three years ago. He was honest, helpful, and an all around great person to work with. His assistant Allie was fantastic as well. I would highly recommend Brian to anyone and would use him again if I ever needed it.

”Before I came into their office, I was overwhelmed with medical bills, doctor visits, and the other party's insurance company urging me to settle for a small amount. After visiting with Travis, he listened intently, explained my options clearly, and then let my wife and I take time to decide whether or not we want representation. After agreeing to have them represent me, all the stresses I had were removed, and his staff took care of anything accident related. If you are looking for a law firm that has your best interests in mind, is professional, and genuinely cares about you, I highly recommend Swanson Lathen Prestwich, PC.

”I have worked with the attorneys at Swanson Lathen, Prestwich for most of my 20+ year career. The clients and friends that I refer to them come back with glowing reviews regarding the firm's tenacity, organization and humanity. I certainly would trust them with my own or a family member's case.

”Travis Prestwich did an excellent job pursuing the large national company that runs the care home where my mom lives and suffered abuse by another tenant. He followed through obtaining the necessary documents and reports about the incident to secure a settlement that was substantial enough punishment to get the facility’s attention and step up their oversight. Thank you so much for your help!

”I was walking and a truck hit me. I had to have all my arm muscles reattached in surgery and extensive physical therapy, massage and chiropractic. Attorney Brian Lathen worked hard to get me a settlement from the insurance company. He is professional yet friendly, honest, knowledgeable, and thorough. I HIGHLY recommend him to anyone who needs a personal injury lawyer.

The personal injury attorneys at Swanson Lathen Prestwich, PC, are proud to serve our hometown. As Northern Oregon’s population has grown, so has its need for capable and talented attorneys. For 60 years and counting, our track record is clear: we help Salem residents like you get full and fair compensation after suffering injuries caused by someone else’s negligence.

For any personal injury case, including car accidents, motorcycle accidents, dog bites, wrongful death, and much more, reach out to the law firm Salem knows and trusts. Our Salem attorneys have the confidence and experience to stand up to insurance companies and get you the help you need.

SLP Law in the News 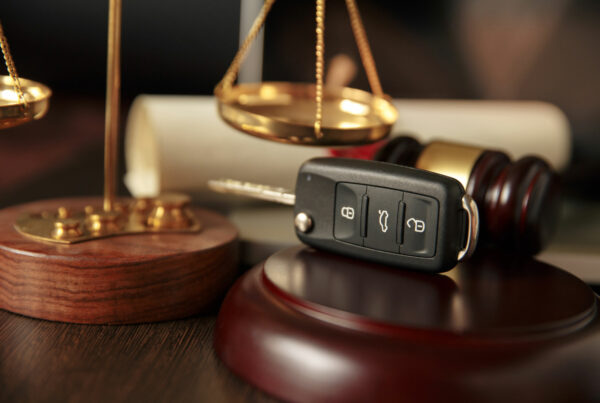 What to Consider When Choosing a Car Accident Attorney

No one wants to think about the possibility of being in an accident, but unfortunately, they do happen. When a costly…
redolive
Love0 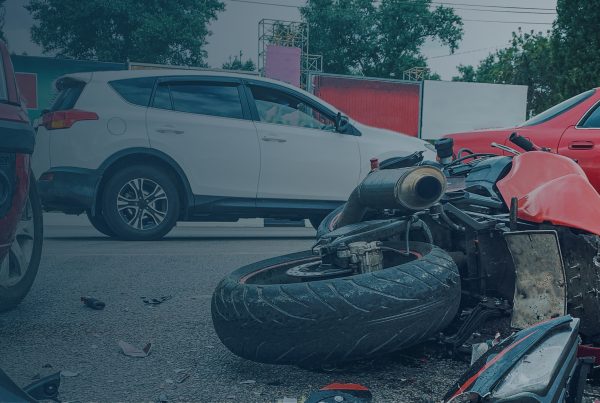 Motorcycle accidents are far too common, and, unfortunately, they often lead to severe injuries. Those injuries can result in life-altering medical…
redolive
Love0 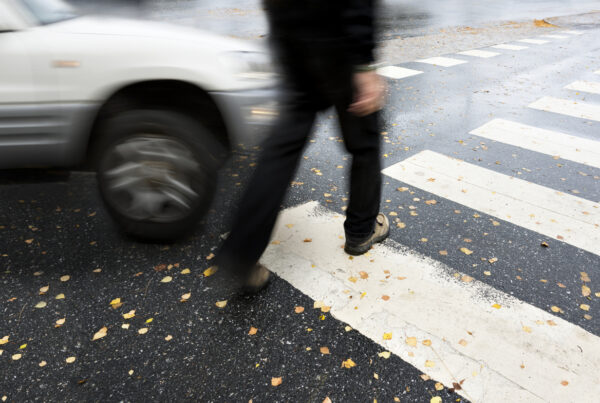 Car accidents involving pedestrians can have devastating results, and they are on the rise in Oregon. Pedestrian accidents can also be…
redolive
Love0

How much is the average personal injury settlement?

The average settlement for personal injury varies greatly throughout the United States and depends on the type of case itself. However, many factors dictate the settlement amount you can expect. This includes the severity of your injuries, the insurance coverage of the defendant, the amount of mental or emotional trauma you’ve endured, who is determined to be at fault, and much, much more. Your personal injury attorney will be able to look at the specifics of your case and give you an estimate of what you may expect to receive through settlement. For a custom case evaluation, speak to our team now; we’re available 24/7 to take your call.

Will my personal injury case go to trial? Will I have to testify in court?

Most personal injury cases are settled out of court; estimates show less than 5 percent of all personal injury cases in the United States will go to trial. In Oregon, an auto accident case has about a one percent chance while a medical malpractice case has about a 50 percent chance. This low trial rate can be beneficial to all parties involved for several reasons. Trial is expensive and both sides have to pay significant sums for experts and other costs associated with trial. For defendants, going to court is costly and risky; it’s safer and more affordable for them, their insurance provider, and their legal team to reach an agreement through negotiations. For you, the victim, settlements can often be achieved much sooner than a verdict in a trial. Additionally, in out-of-court negotiations, your lawyer can continue negotiating until a favorable settlement is reached. In a trial, a verdict handed down by a judge or jury is final. For all these reasons — and based on the statistics — it’s safe to assume that you will likely resolve your personal injury case out of court.

What does a personal injury lawyer typically charge? How do I pay?

Most personal injury lawyers charge a contingency fee, often described as “no win, no fee.” A contingency fee is a unique payment structure that removes any upfront payment responsibility from the victim. In other words, you don’t have to pay anything to hire your attorney. Only when a settlement or verdict is reached and damages are awarded does the attorney take a fee (usually a percentage of the total settlement). This protects the victim, ensuring they can retain skilled legal representation at no financial risk to them. If the case does not settle, the victim doesn’t owe anything.

How long do I have to file a personal injury case?

Generally, in Oregon, the statute of limitations for most personal injury cases is two years; however, exceptions exist (such as an injury claim being filed against a government entity where the first deadline usually is 180 days after the incident). Because of the law’s nuances, and for the benefit of your case, it’s best to file a personal injury claim quickly. Hiring a personal injury attorney right away is critical to this process. Not only will they guarantee your case is filed accurately and on time, but they will also ensure your actions and communication following the accident are in your legal best interest. An experienced Oregon personal injury lawyer will know what loopholes the defendant’s legal team will be looking for; they can protect you from saying or doing something that will jeopardize the strength of your case.

How long will it take to settle my personal injury claim?

The timeline for settlements varies. Most importantly, the case almost never resolves until the client is done with treatment or is declared medically stationary. Once that happens, the case can take an additional three to four months, or longer if it’s necessary to file suit. However, depending on the complexity of your case, it could take up to 2 years to reach an agreement. Remember that during negotiations, timelines may change based on the other party’s willingness to cooperate. Our top priority is always achieving full and fair compensation — not wrapping up negotiations quickly. Our Oregon personal injury lawyers can review your case’s specifics to give you a more accurate timeline expectation.

Do I really need a lawyer for a personal injury case?

Technically, you don’t need a lawyer to file a personal injury case in Oregon. However, for the average person unfamiliar with the legal proceedings of a civil lawsuit, not having an attorney leaves you vulnerable to legal missteps and coercion by the defendant’s legal team. With a personal injury attorney, you have nothing to lose but everything to gain. Because of the “no win, no fee” promise, you have zero financial risk — even if you never reach a settlement. In addition, hiring a lawyer puts you in the best possible position for not just reaching a settlement, but receiving a higher amount. An excellent injury attorney is an experienced legal guide, expert communicator, and unflinching advocate. Having one on your side, gives you the best chance of reaching a top-dollar settlement and holding the defendant responsible. Filing a personal injury case shows you are committed to seeking justice for your injuries; don’t make the mistake of fighting on your own.

Let Us Help You

We offer free consultations to all prospective clients and if we take your case on, there is no fee unless we win. Let us know how we can help you!